These shall make war with the Lamb, and the Lamb shall overcome them: for he is Lord of lords, and King of kings: and they that are with him are called, and chosen, and faithful. Revelation 17:14.

We need to study the pouring out of the seventh vial. The powers of evil will not yield up the conflict without a struggle. But Providence has a part to act in the battle of Armageddon. When the earth is lighted with the glory of the angel of Revelation eighteen, the religious elements, good and evil, will awake from slumber, and the armies of the living God will take the field.

Four mighty angels hold back the powers of this earth till the servants of God are sealed in their foreheads. The nations of the world are eager for conflict; but they are held in check by the angels. When this restraining power is removed, there will come a time of trouble and anguish.

Deadly instruments of warfare will be invented. Vessels, with their living cargo, will be entombed in the great deep. All who have not the spirit of truth will unite under the leadership of satanic agencies. But they are to be kept under control till the time shall come for the great battle of Armageddon.

Every form of evil is to spring into intense activity. Evil angels unite their powers with evil men, and as they have been in constant conflict and attained an experience in the best modes of deception and battle, and have been strengthening for centuries, they will not yield the last great final contest without a desperate struggle.

All the world will be on one side or the other of the question. The battle of Armageddon will be fought, and that day must find none of us sleeping. Wide awake we must be, as wise virgins having oil in our vessels with our lamps….

The power of the Holy Ghost must be upon us, and the Captain of the Lord’s host will stand at the head of the angels of heaven to direct the battle. Solemn events before us are yet to transpire. Trumpet after trumpet is to be sounded, vial after vial poured out one after another upon the inhabitants of the earth. Scenes of stupendous interest are right upon us. Mar 257.

Separate yourself from the world my friends. Let go of the music, the jokes, the dress, the food, the language of the world. Time is up. Wake up!! 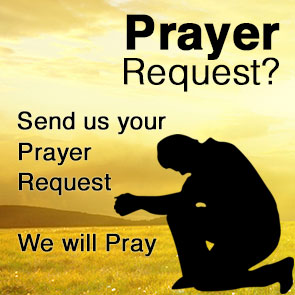